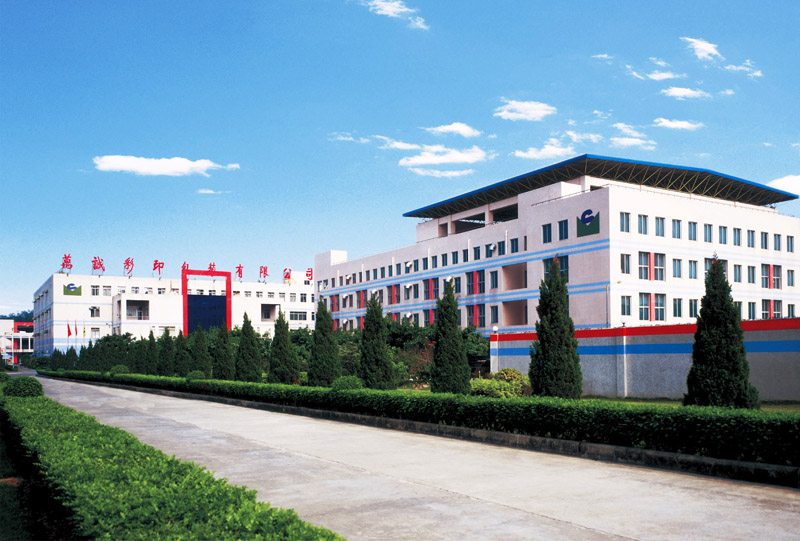 Man Sang Envelope Manufacturing Co., Ltd is part of Man Sang Printers (Group) Co. Ltd. was established in 1981. The business was mainly to produce envelopes in the beginning. We continued to diversify the business to expand to the international market. Nowadays our business is extensive in all areas of printing including gift packaging, stationery, books, carrier bags, gift boxes, greeting cards, etc. Head office is in Hong Kong include sales, administration, digital printing, product design, R&D and design departments, composed of more than 60 employees.

Man Sang Printers (Group) Co. Ltd. owns the production plant with total floor space over 600,000 sq ft. in Dongguan, China. Our factory qualified the ISO9001, ISO14001, BRC & FSCTM (License Number: FSC-C020079) and to be an approved supplier of BSCI to participate many international brands. Our factory is operated by professional technicians and employees to maintain the high-quality standard. 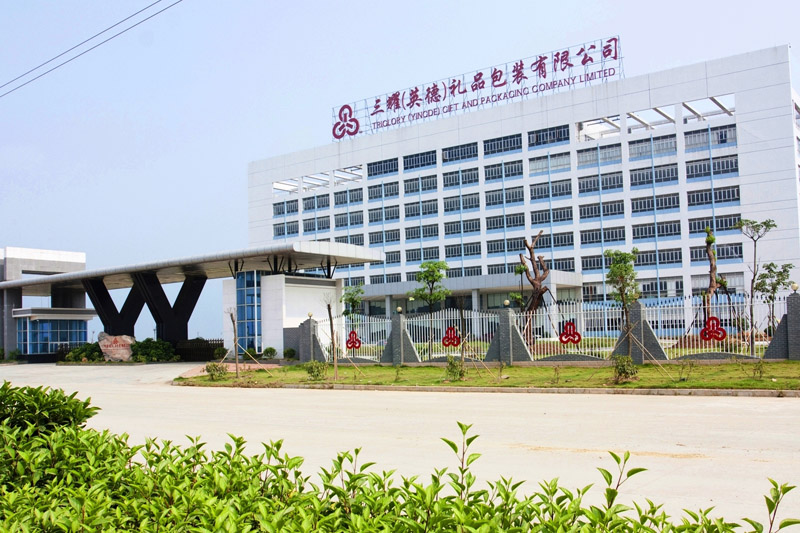 Triglory (Yingde) Gift and Packaging Co., Ltd is the biggest production factory of Man Sang Printers (Group) Limited. Triglory had 6 buildings with production plants and warehouse with total floor space of over 40,000 sq meters after finishing of site expansion in December 2020. Moreover, the First and Second phases were completed in 2010 and 2012 respectively.

Man Sang Printers (Group) Co. Ltd. is committed to becoming the most reliable one-stop printing. The commitment of on-time delivery and competitive prices are our criteria. Our goal is providing high-quality printing technology service with related products to customers. Fulfill the requirements from customer is the core value in our business to keep long and good relationship.

We believe that employees are the most valuable asset and their contribution are critical to our success. We value people-oriented belief and pursue to create a comfortable, safe and friendly working environment for our employees. We are strictly abide by all relevant government laws and safety regulations.

Man Sang Printers (Group) Limited provides variety of printing related but not only high-quality printing service. The service of product innovation and OEM orders are provided. Our employees from sales team, R&D and design department are rich experience in cooperating with designers and famous brand all over the world. We will keep into the latest trend and concepts from the market to update the design idea of printing and packaging for customers product.

As we had experience in printing industry over 40 years, we believe that we could provide a professional view on printing and design service to all our customers. Our aim is to fulfill the requirement from our customers. 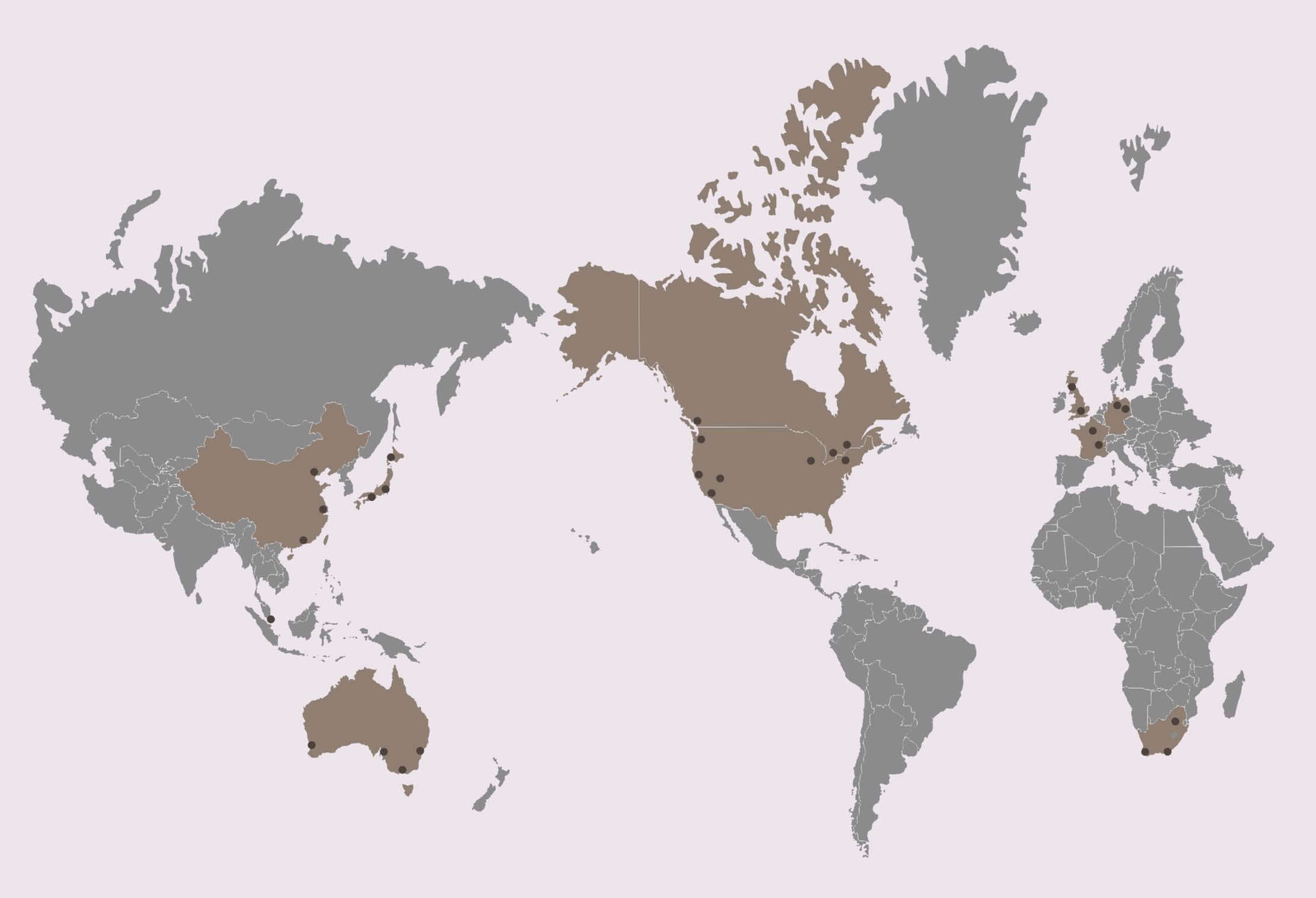 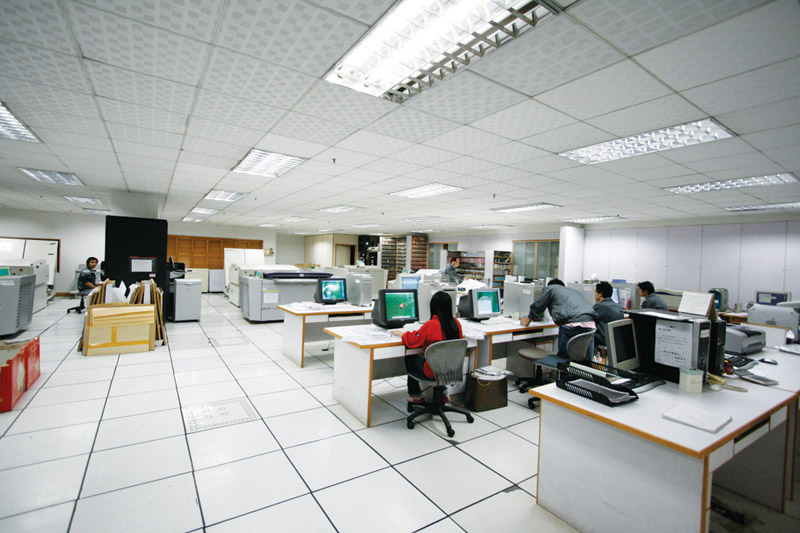 Supported by the latest in graphics design and outputting technology, this department employs a CREO system and is linked with the printing department by CIP III to provide full, real-time information from pre-press. 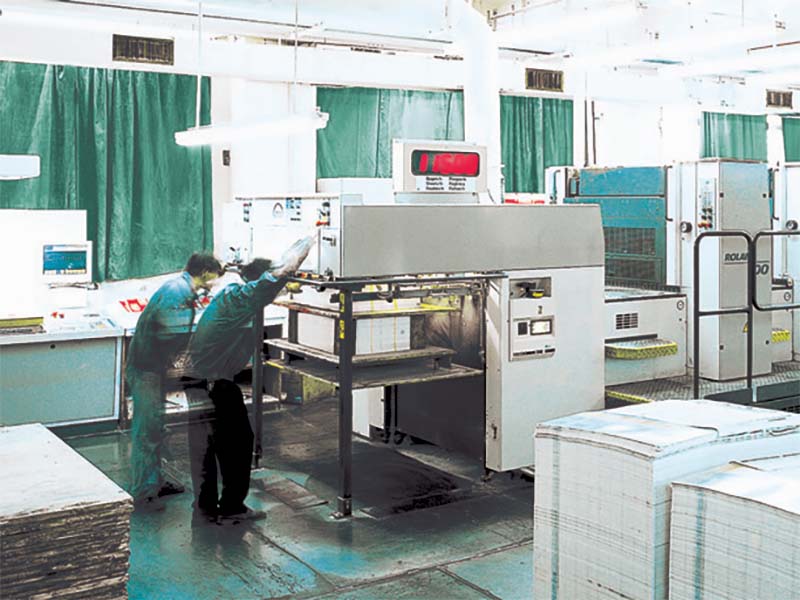 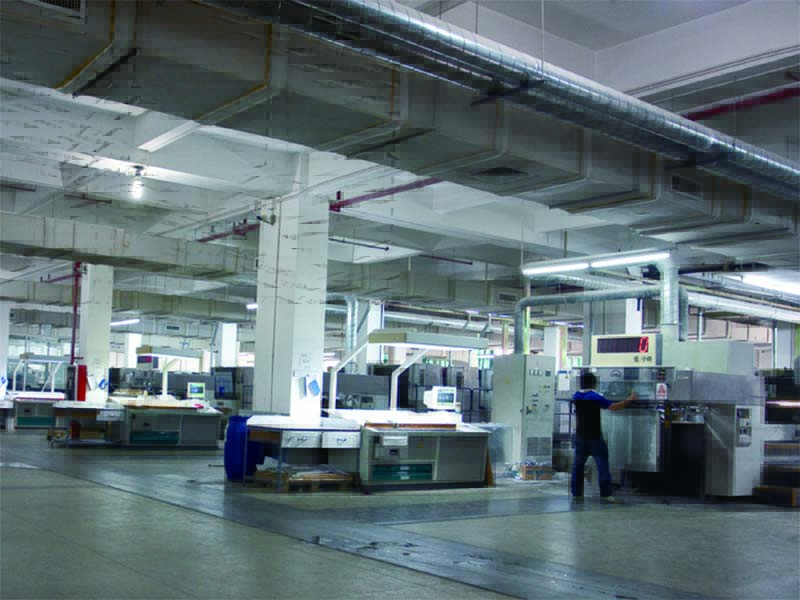 The printing department has printing presses with difference color combinations and functions, such as 6 color double perfecting press with coating unit, ink temperature control, fully automatic plate loading and amongst others. Our facilities also operate UV printing presses which allow us to print onto plastic, film, foiling board, fabric and other materials.

Our CCI 2D color control system by Man Roland helps us control the color accurately and automatically. A PECOM network links all of our presses together for easy jobs’ scheduling, color setting and print size setting. 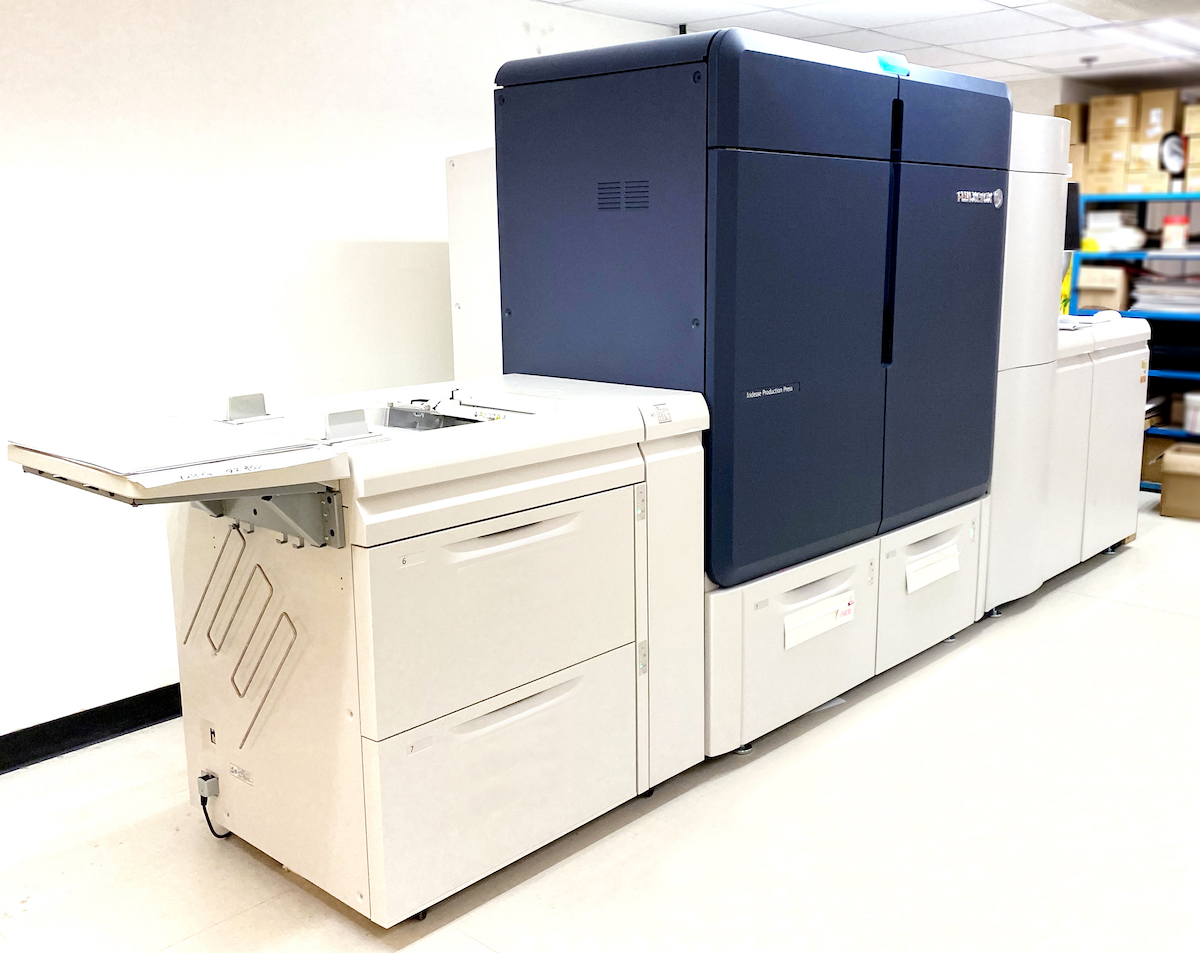 We adopted an advanced system, different from the traditional printing routine. The printing system allows for a shorter turnaround time for commercial products such as leaflets, coupons, name cards and personalized items. A new Digital Printing Machine : Fuji Xerox’s Iridesse Production Press has installed in Hong Kong, this 6-colour print engine provides excellent service, Fuji Xerox’s unique metal color spectrum and the simultaneous printing effect of the output. Gold and Silver color could print at the same time, transparent or white (spot color sequence can be adjusted as needed). The professional color dry ink printing system could transfer the output in six layers, and the resolution could reach 2,400dpi. 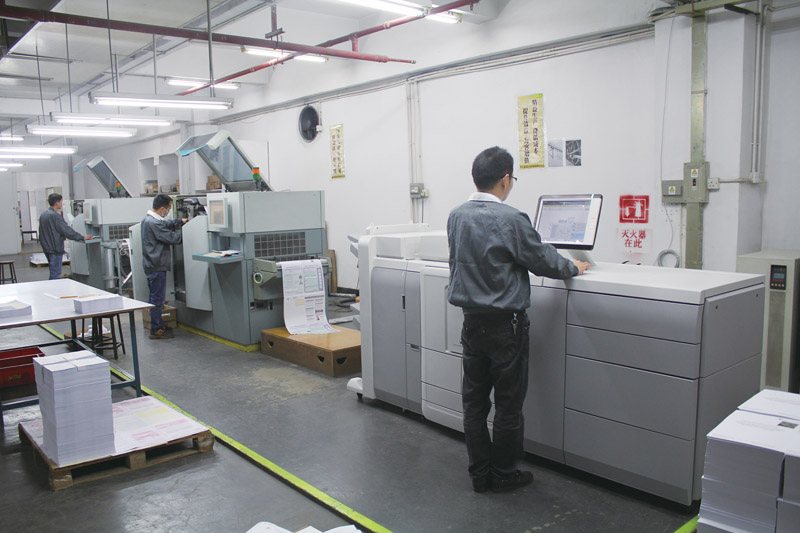 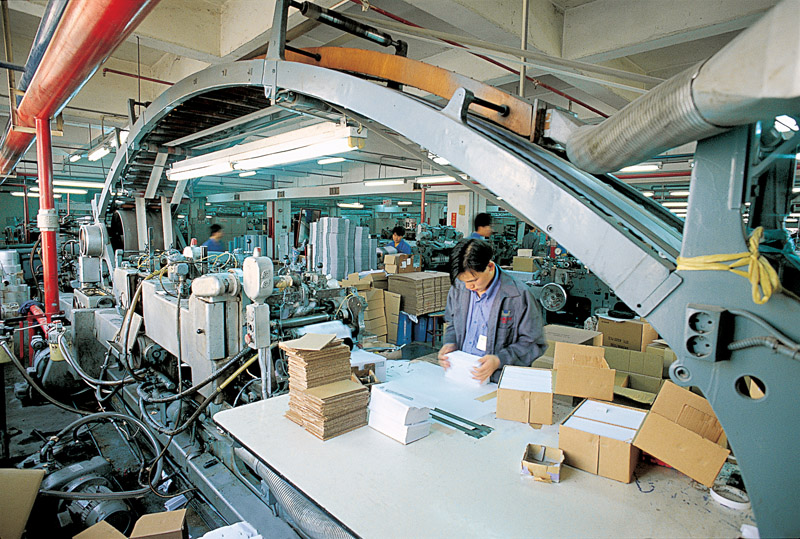 We have envelopes making machines for creating different types of envelopes, such as banker/diamond, wallet, pocket and document envelopes. All of our envelopes are customizable in that we also provide options for envelopes with self-adhesive, peel & seal, inlay tissue and different sized of windows. 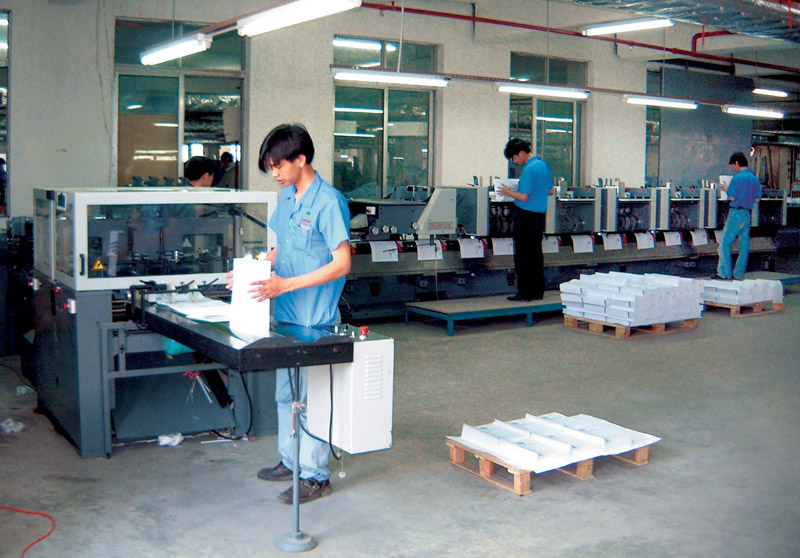 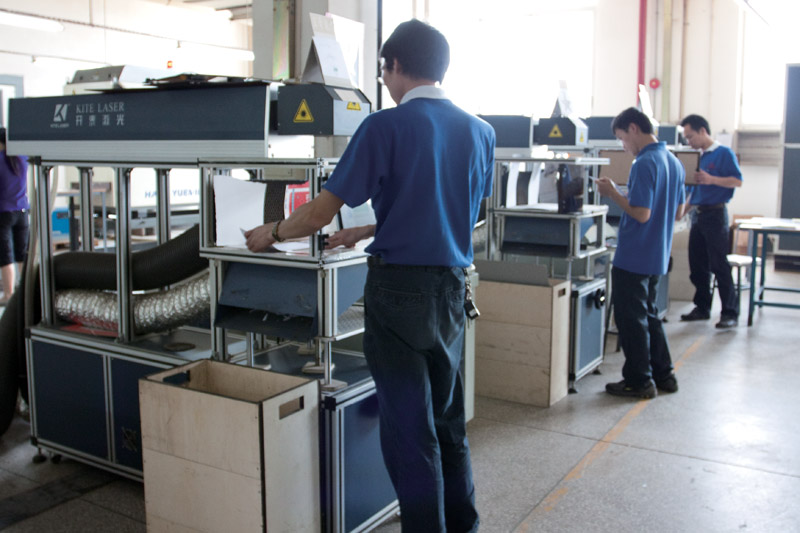 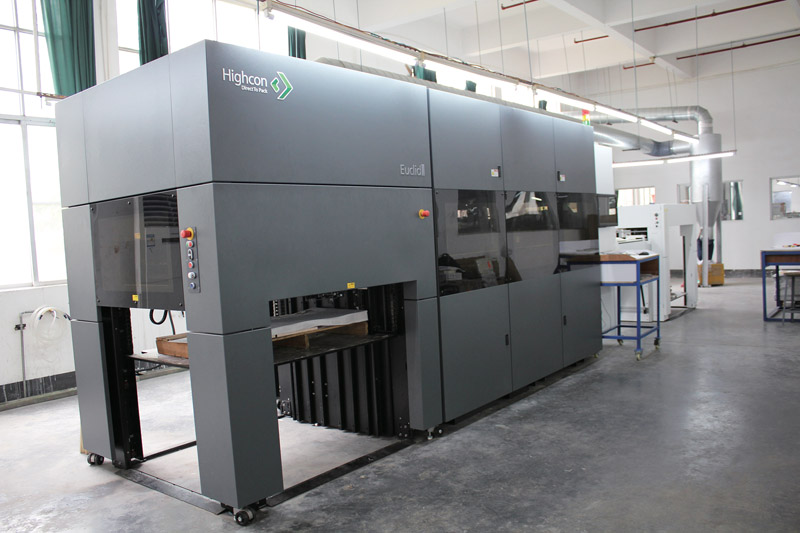 Man Sang also has a number of state of the art laser die cutting machines. These precision machines are an alternative to the traditional die cutting techniques and are usually used when the most intricate designs need to be done quickly and accurately. 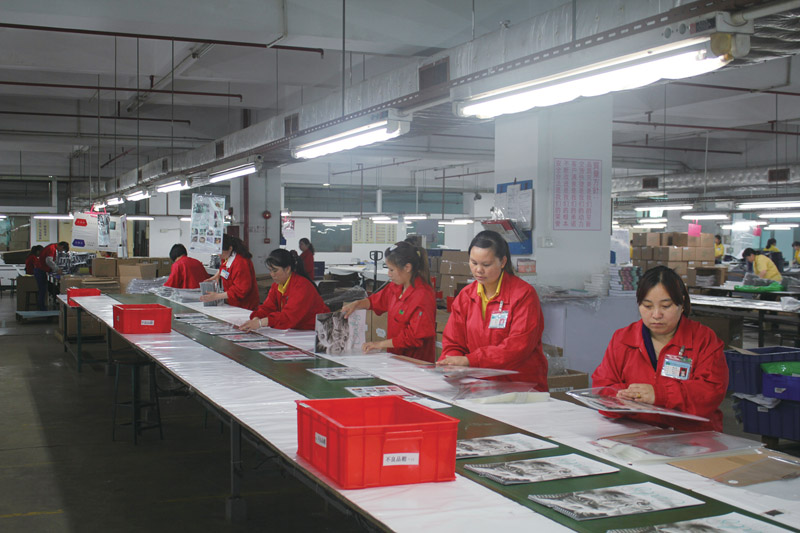 Our letter shop department has more than 1,000 well trained workers who are professionally trained under the ISO 9001 management system. 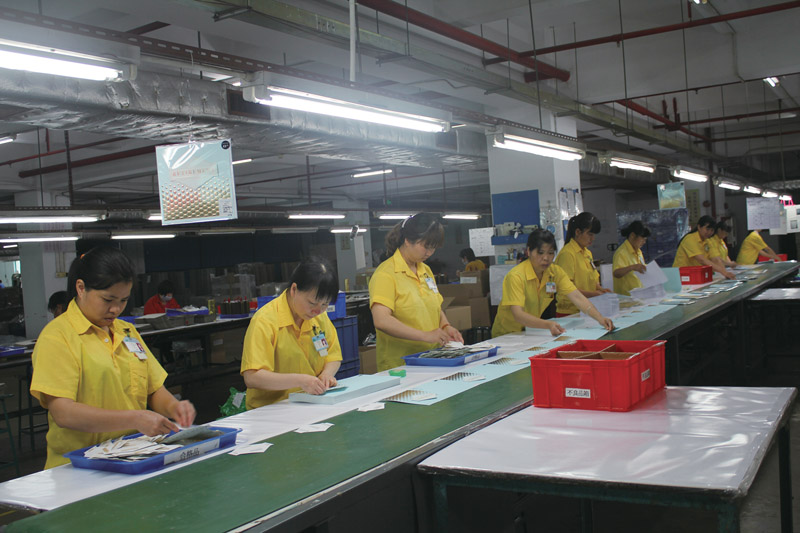 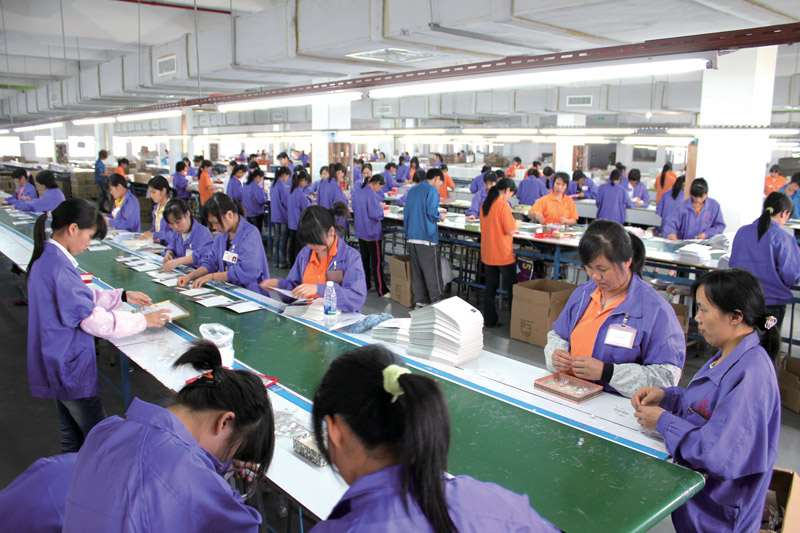 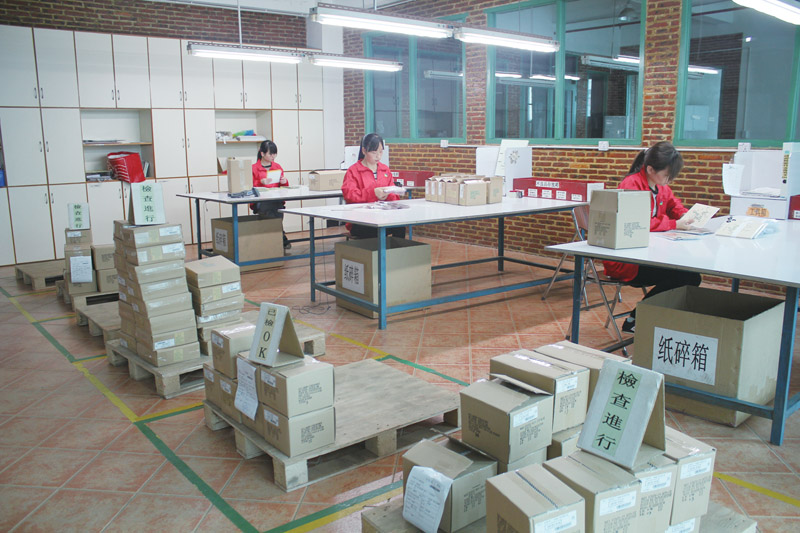 To guarantee a highly regarded department, our QC team directly reports to our General Factory Manager. We also follow the ISO 9001 standard for both inbound and outbound quality checking. To detect any problems and defects, we put our products through extensive testing prior to mass production run or packing. Tests include: vibration test, temperature test, drop test and metallic testing for toy packaging.

Our seamless integration of these difference departments allow us to offer a full range of quality products and a reliable, efficient operation. 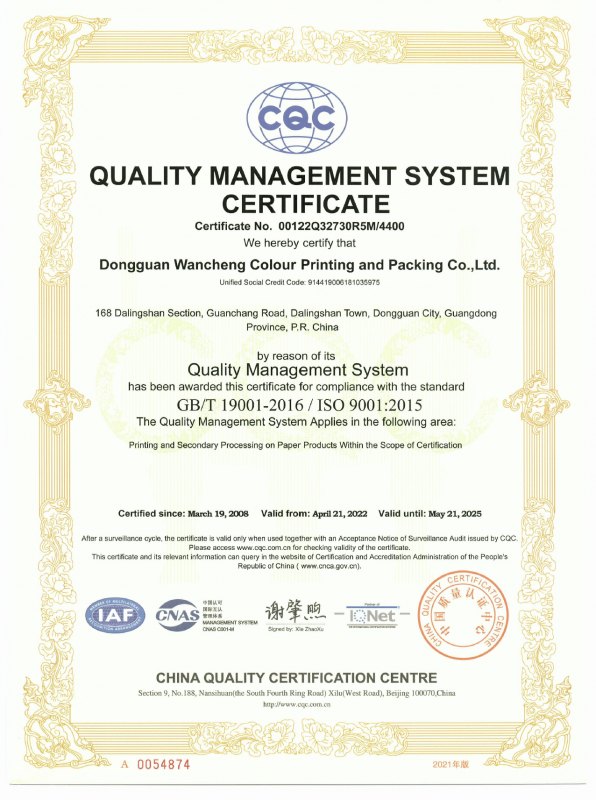 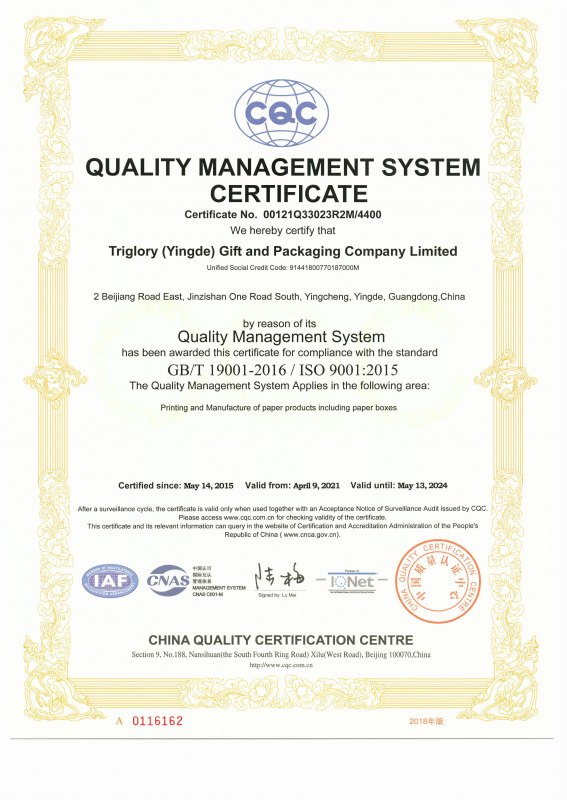 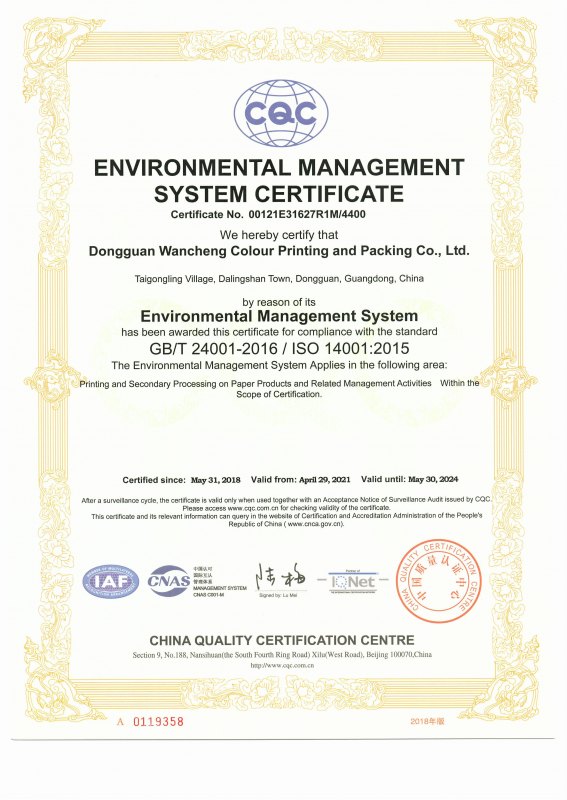 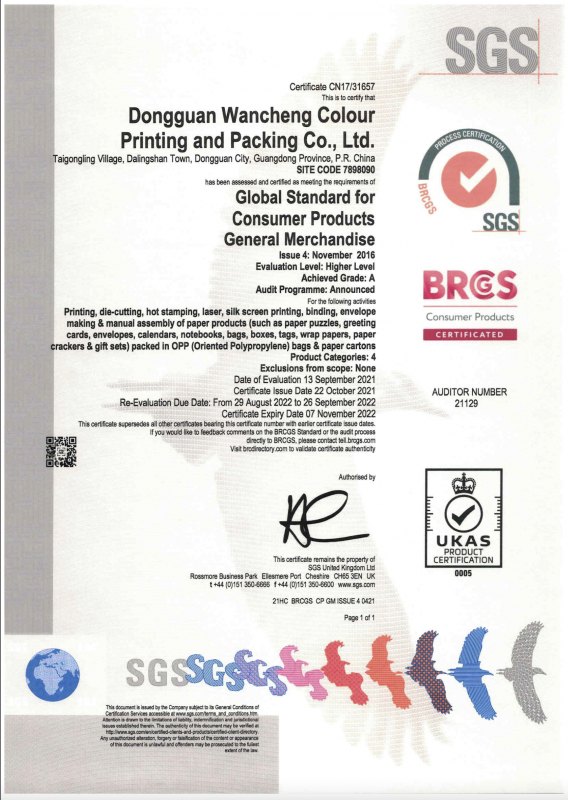 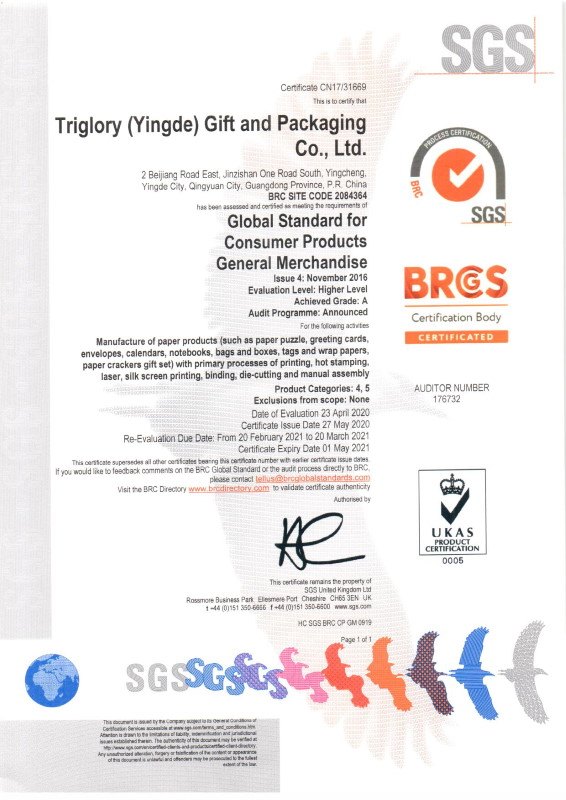 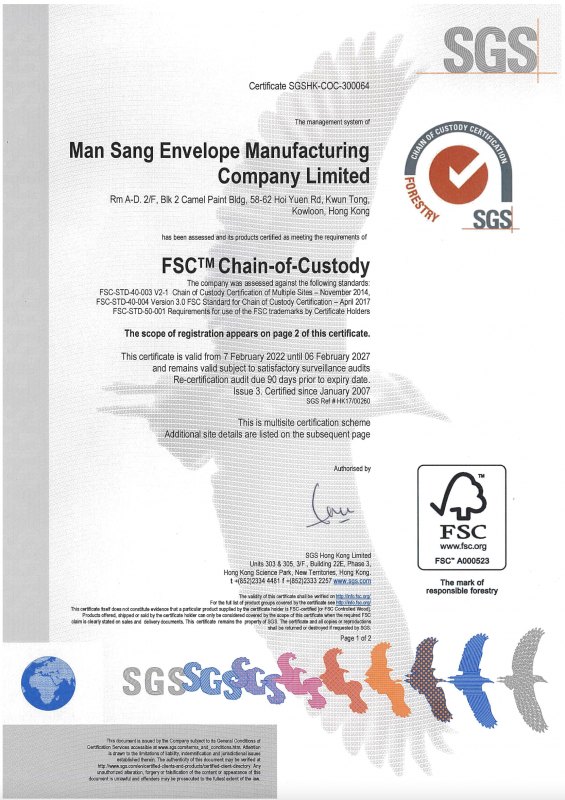 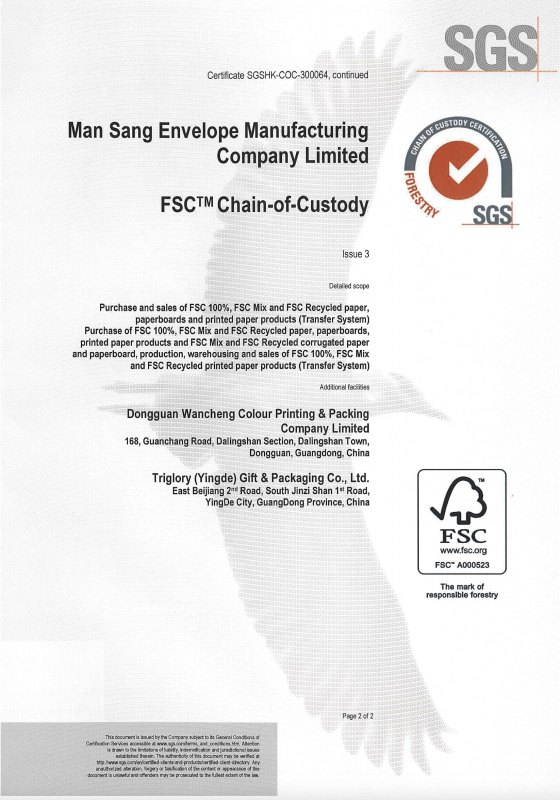